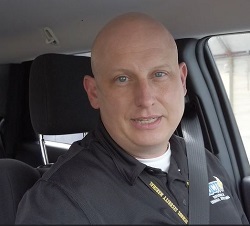 (FRANKFORT, Ky.) – Signed into law in March of 2019, SB1 required implementation of the most far-sweeping measures to address school safety ever enacted in Kentucky. Moreover, the General Assembly attached emphasis to the already-serious intent behind the law when they stipulated timelines for each component. While numerous effective and meaningful steps toward safety had already been taken in many schools before the law passed, the new legislation intentionally brought them all together under one well-defined and clear umbrella. Prominently prescribed in the law was the establishment of a State School Security Marshal’s Office that would function under the Department of Criminal Justice Training (DOCJT.) This new office (using a school-risk assessment tool that it would develop) was designed to assist in identifying vulnerabilities in each school’s safety plan and offer them mechanisms for improvement. Additionally, it would be the responsibility of the marshal’s office, in conjunction and collaboration with KCSS and KDE, to monitor and ensure each school/district’s compliance with the law.
Under the law, KCSS was given many roles and responsibilities to work with schools on implementation. One critical role, in this endeavor, was delineated in a statement made by its executive director, Jon Akers. He said, “If schools are struggling to reach compliance level based on the school security risk assessment tool, KCSS will step in and provide training and resources.”
To get the process underway, Ben Wilcox was hired in September of 2019 by then-DOCJT Commissioner Alex Payne as the new State School Security Marshal. Ben is a Madison County resident who has worn multiple hats in law enforcement including police officer, SRO in (5) different schools, DOCJT instructor of Firearms and Coordination, followed by becoming supervisor of Instructional Design. Together with KCSS and KDE, Ben quickly began the arduous process of working toward preparing all K-12 schools throughout the state to fully implement all mandated safety measures. One of the early steps he was required to take was to hire compliance officers to conduct on-site reviews in every school district in the state. The decision was made that each of these officers would do an initial, scheduled assessment (using a 66-point assessment tool) with each school to establish a baseline. Then, the second assessment would be unannounced. After approximately 18 months, the final assessments will be combined into a state report and shared throughout the commonwealth with the purpose of identifying and sharing great ideas implemented across the state. Many steps into the requirements of SBI were taken during the 2019-2020 school year. (More had been planned when the school year, state-wide, was abruptly ended in March due to the Covid-19 pandemic.) Listed below are some of those steps; some of which must be fulfilled each school year.
They are:
 Each school district has appointed a School Safety Coordinator (SSC).
 A school-risk assessment tool (developed directly from the requirements under SB1) was designed and then reviewed with the SSC in each of KY’s school districts.
 Trainings have been conducted in 4 different state regions for each district’s SSC. (June, 2019)
 A make-up training session for SSCs recently appointed was conducted. (September. 2019)
 Although not mandated under the law, KCSS conducted an extensive training for superintendents on SB1.
 Superintendents throughout the state have been made aware of the specific requirements for their schools under the new law.
 Principals have provided written notice to their students and
parents of the strengthened provisions and penalties for terroristic
threatening under the law.
 Schools have provided suicide prevention awareness information by in-person, live streaming or video recording to their students in grades 6-12. The Kentucky Department for Behavioral Health, Developmental and Intellectual Disabilities has an excellent website that is being used by school districts throughout the state to access evidence-based programs and practices to address this devastating problem. Suicide is the second leading cause of death for ages 10-34.
https://dbhdid.ky.gov/dbh/sp.aspx
 A one-hour training on how to respond to an active shooter has been provided to all school employees.
 An anonymous reporting tool (tip-line) has been made available in each school district, administered by the Office of Homeland Security (KOHS).
 Although not mandated under the law, the State School Security Marshal’s Office (under DOCJT) and KCSS have strongly encouraged state law enforcement agencies and all school districts to implement Handle with Care (HWC), a West Virginia program that teams law enforcement with schools.
Three course levels of training have been established for law enforcement training, totaling 120 hours. All SROs, regardless of tenure as an SRO, are required to complete all levels which includes implicit bias training and de-escalation strategies. New topics include working with special needs students, mental health awareness and trauma-informed action.
 A School Safety Resiliency Act (SSRA) committee has been established and meets regularly. The committee includes representatives from KCSS, State School Security Marshal’s Office, Department for Behavioral Health, Developmental and Intellectual Disabilities (DBHDID), Homeland Security and KDE.
Fulfilling the requirements under SB1 will always be a work-in-progress as maintaining optimum safety levels in our schools must always be a continuous process, one that changes with the times and the circumstances inherent to them.